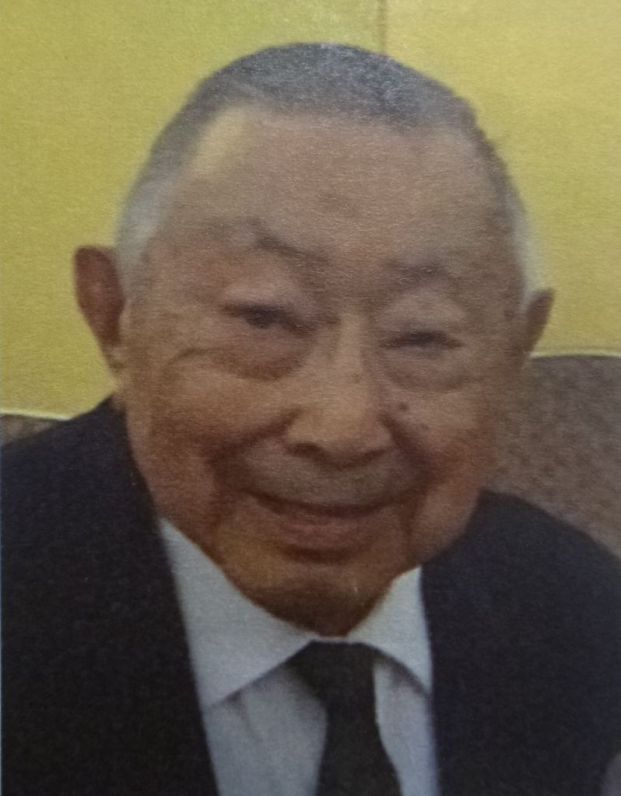 After attending the Tule Lake Pilgrimage in 2014 I had a thought about printing some of Hiroshi Kashiwagi’s poetry, but it joined the long list of possible projects and did not get done at that time. Then it turned out that Susan Amalia, another Studio Printer at NBLA, knows Hiroshi, and was also interested in printing some of his poetry. Even with her interest, the project backburnered for a while. 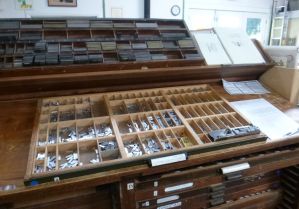 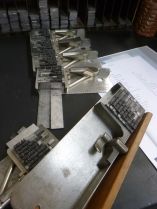 We brought it back earlier this year, and were both at a spot we had space in our schedules to commit to the project. Susan wrote to Hiroshi for input on what he would like to have printed. Susan and I were thinking we would do some to add to the Print Poetry series, and also a broadside. We liked Hiroshi’s suggestions about the poems, and we had some ideas of how we wanted to proceed with the printing. Susan was going back East to visit friends and family, so we wouldn’t be starting until after she got back, but she sent Hiroshi a letter to let him know that we would be doing the project, and what we were thinking about doing. With him being 96, she mentioned it would be good to let him know sooner rather than later. 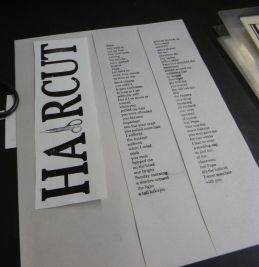 The Print Poetry booklets include biographical information on the poet, and Susan thought we could spend some time with Hiroshi to flesh this out. She also asked about this in the letter she sent to him. He replied on October 18, in the affirmative about a visit, and with excitement about the printing project. He also sent a second letter with a quote from Nisei Naysayer: The Memoir of Militant Japanese American Journalist Jimmie Omura that he wanted to have printed for personal display. Susan opened these when she got home from her trip on October 31. Hiroshi had passed away on October 29. 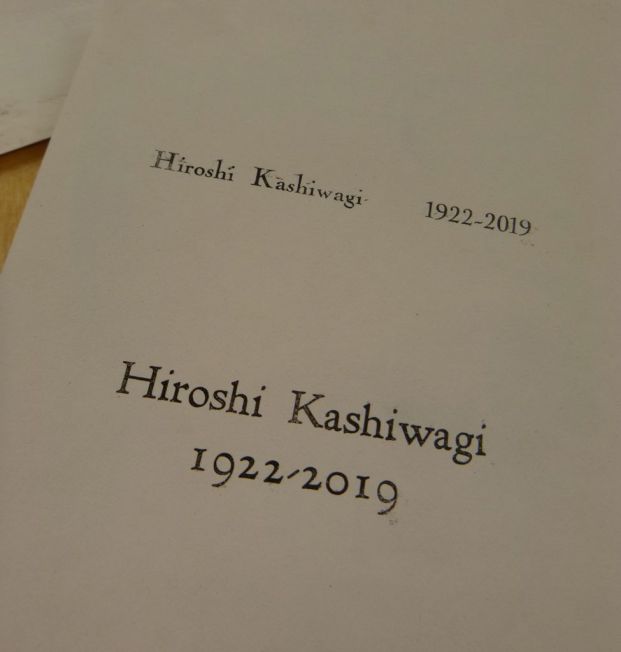 So now it was a memorial project. The family decided on two poems they wanted printed for distribution at the service, Haircut and Tofu. Both are also in the book, Ocean Beach, but different from Hiroshi’s selections. Apparently Haircut and Tofu are two of his more well known poems/”greatest hits”, and they make people laugh. As with all of his poetry they are finely observed moments of everyday life, capturing the extraordinary of the ordinary. 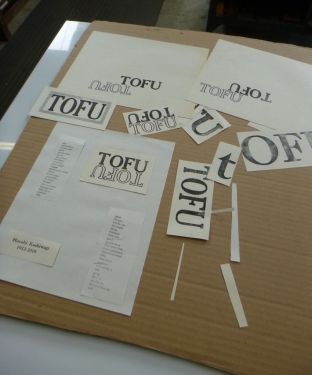 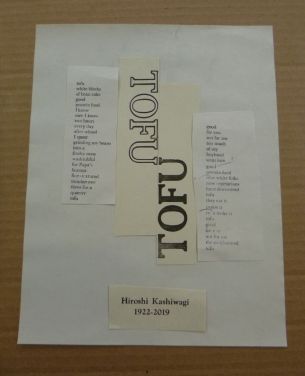 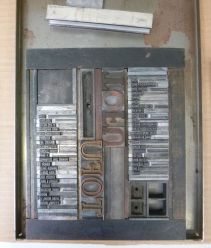 We also decided to go ahead with printing the Jimmie Omura quote, although not for the general distribution that the poems would have, as the quote is more political in nature. Susan obtained permission from Stanford Univeristy Press, the publisher, for us to create and print a broadside. 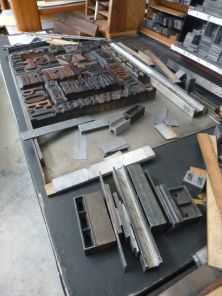 Both poems are set in columns in the book, and we kept that format for the broadsides. Then there were the titles. I thought wood type would give a good graphic element, and for Haircut, Susan found a pair of scissors! How cool is that?! For Tofu we went with a face that also has an outline form. We included his name, and, being a memorial piece, his dates: 1922-2019. The name and dates were a common element on all of the pieces.

The quote from Nisei Naysayer was a block of text, which we arranged both for visual interest and to highlight was seemed to be the more meaningful parts of the passage. In his letter with the quote, Hiroshi had said, “This is a story of my life.” Especially in light of his passing, that had quite a resonance, and Susan thought we should include it on the print. The use of “a” suggested one of many, and everything I have read about him had mentioned his many facets, how many things he has done in his life. A word cloud of some of these roles seemed appropriate.

It’s been a while since I’ve done a collaborative project, and now that I think of it, those were not working together in real time quite like this one was. Susan was wonderful to work with, and I’m really pleased with what we created. The only unfortunate part was the changed circumstances, and that Hiroshi was not an active part of the project. Of course he was there in spirit, and he will live on in the memories of those who knew him, his books and movies, and his words. I am honored to have put some of those on paper.

Obituary in Rafu Shimpo, Numerous memorial pieces: by his niece, Tamiko Nimura; by Patricia Wakida in Nichi Bei, by Frank Abe on Resistors.com, by filmmaker Kerwin Berk, and in the poetry column of Discover Nikkei. Also a video memorial, and retrospective collection.